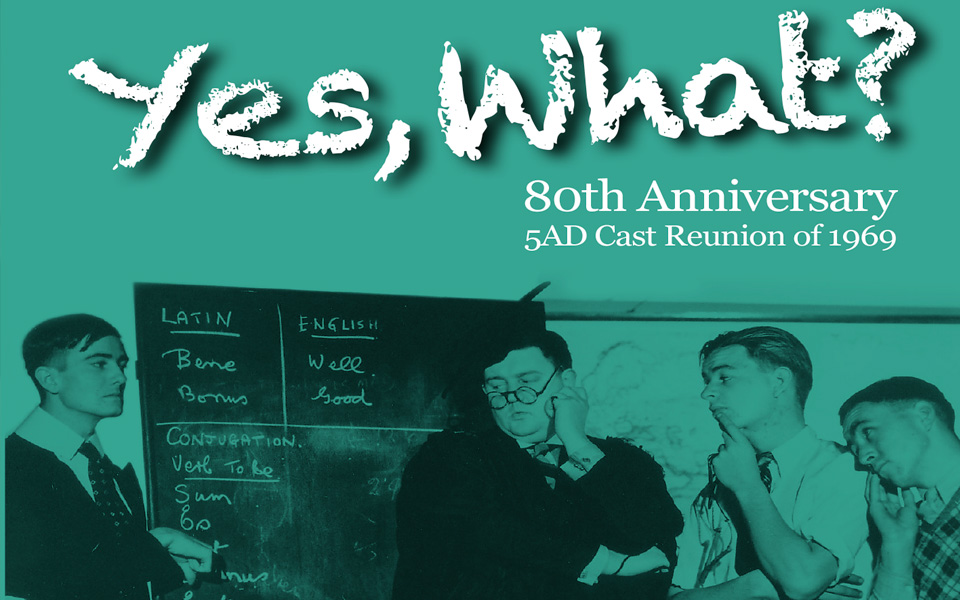 To celebrate the 80th Anniversary of the first airing of Yes, What? on 23rd June 1936, GraceGibsonRadio.com is offering fans a rare treat: the recording of the only on-air reunion of the cast of the famous series which took place in 1969 on Adelaide’s 5AD (where the show was originally recorded).

Only a handful of copies of this get-together have ever been around, and we are indebted to Rick Norris who recorded the interview off air, and Bob Hawker co-author of the definitive book on Yes, What? for allowing us to share it with you.

It features Jim Williams (Standforth), Frank McCarron (Mr Snootles), Ralph Peterson (Bottomly) and Jack Gardiner (Greenbottle) chatting with 5AD’s Keith Conlan.
And what’s more, it’s FREE to anyone who buys any Yes What? CD now until the end of July. For those who’ve already bought all our currently available Yes, What? CDs, we’ll include an FOC copy of this recording when you order Volume 11.