THE WAY OF THE CAT 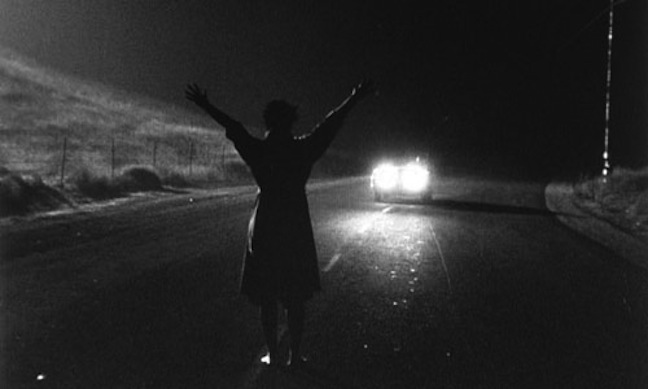 Medical student Jeff Chambers meets and falls in love with Cynthia Hammond. He asks her to marry him, but she persuades him to wait until after he graduates. Late one night, Jeff is at home when Cynthia appears on the doorstep bleeding from a bullet wound. She tells Jeff that her brother, Scott, shot her accidentally. After dressing the wound, he goes to her home. There he is greeted by police who state Scott has been arrested for armed robbery and murder.

Cynthia admits to Jeff she was involved in the robbery and threatens to implicate Jeff if he calls the police. Soon after, the police arrive and place the pair of them under arrest. Cynthia believes Jeff has betrayed her and does everything in her power to shift the blame to him. The charges against Jeff are dropped and he is called to give evidence for the State.

During the period preceding the trial, Jeff meets Sue Jordan. On the rebound, he becomes involved with her and, following his graduation they are married. At the wedding a telegram arrives – from Cynthia, ostensibly to wish him well, but clearly intimating that he has not heard the last of her.

Jeff and Sue move to another State, where he sets up in practice. One day some time later, out of the blue, Cynthia walks into his Surgery and states she intends to have her revenge. She will destroy him, but the process will be slow, because first she will destroy each member of the family.

Cynthia uses the law to serve her own ends. She contrives to have Jeff barred from practising medicine, reduces Sue to an alcoholic wreck and terrorises their children. It is only when she stands poised to make the final kill – that Cynthia is ensnared in her own trap.