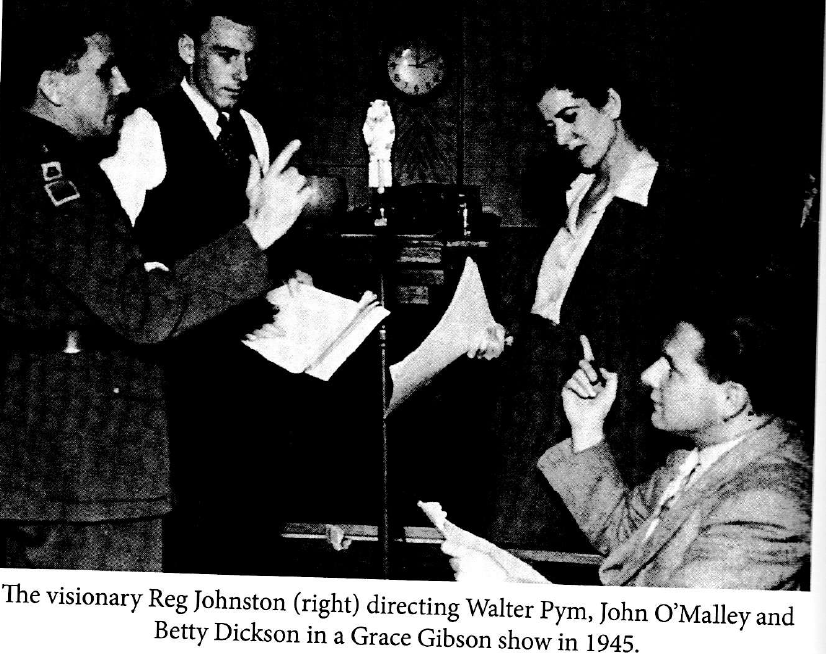 Reg Johnston was Grace Gibson’s first production manager – he and Grace were soul mates in terms of what they wanted to create.

His radio career began when he walked in off the street to ask about a job at 2GB, and was immediately hired. After stints as a cadet announcer, scriptwriting, producing and compering Macquarie network shows, Reg was hired by J. Walter Thompson (an advertising agency) – where he was an announcer for Lux and the Amateur Hour. Following a year at 2UE, Reg began freelancing for the ABC doing anything from writing and narrating to producing.

Reg was a perfectionist AND a professional. It wasn’t just the actors who were in awe of him – writers were as well.

He planned ahead for everything from sound effects and theme music, to any special emphasis he may want an actor/actress to use.

Grace’s reliance on Reg was complete and she constantly fretted that something might happen to him – and the scripts he was in the habit of carrying home with him each day!

Unfortunately, without warning, Reg got very sick and passed away from kidney failure in 1951 at the very young age of 32.

He is still remembered with respect and fondness.