Reg James – A Theatre In My Mind 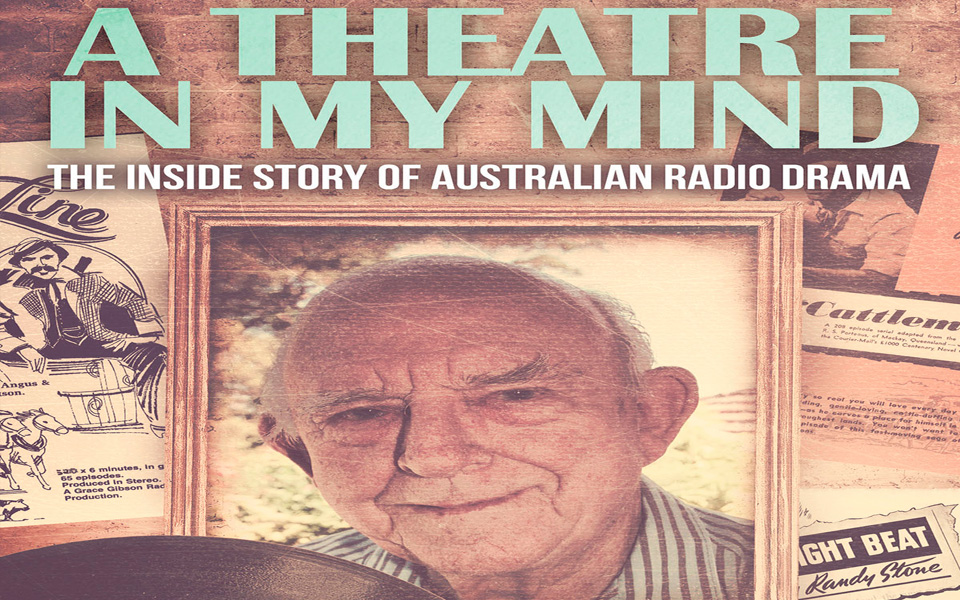 A THEATRE IN MY MIND

The Inside Story Of Australian Radio Drama

By Reg James with James Aitchison

About a year prior to his passing away in July, veteran radio man Reg James told us he would like to write his autobiography.

Having spent pretty much his entire career with Grace Gibson Productions – he was Miss Gibson’s ‘right hand man’ – Reg was a walking talking encyclopedia of everyone and everything to do with the ‘golden days’ of radio: he could recite who wrote what serial, who starred in them, the storylines, and every bit of minutiae and trivia about them, right down to which stations first broadcast them. His memory was amazing! As such, he was a quite invaluable reference source for us, quite aside from being someone who we (along with most of the radio industry) absolutely adored.

So Reg scratched down a pile of notes, we got him in our studio for hours on end and recorded his life story, which he then passed on to author Jim Aitchison to knock into shape. The book had just been sent to the printers when Reg passed away, but at least he got to see the final draft: well, all except the beautiful Addendum written by his daughter Megan which, in true radio style, has been included as the touching ‘final episode’.

A THEATRE IN MY MIND is an insider’s look at the era when radio ruled the airwaves unchallenged, and radio soapies & serials were a vital part of most Australian’s lives. It recalls the stars, the people behind the scenes and the personalities and provides a personal glimpse at them, their strengths, weaknesses and foibles. And it gives the life story of a man who gave so much to the radio industry, and to the success of Grace Gibson Productions in particular.

It’s an excellent companion volume to Reg & Jim’s earlier collaboration on Yes, Miss Gibson: the life story of the woman who ran Australia’s biggest radio production house and smashed through ‘the glass ceiling’ long before the term was coined.