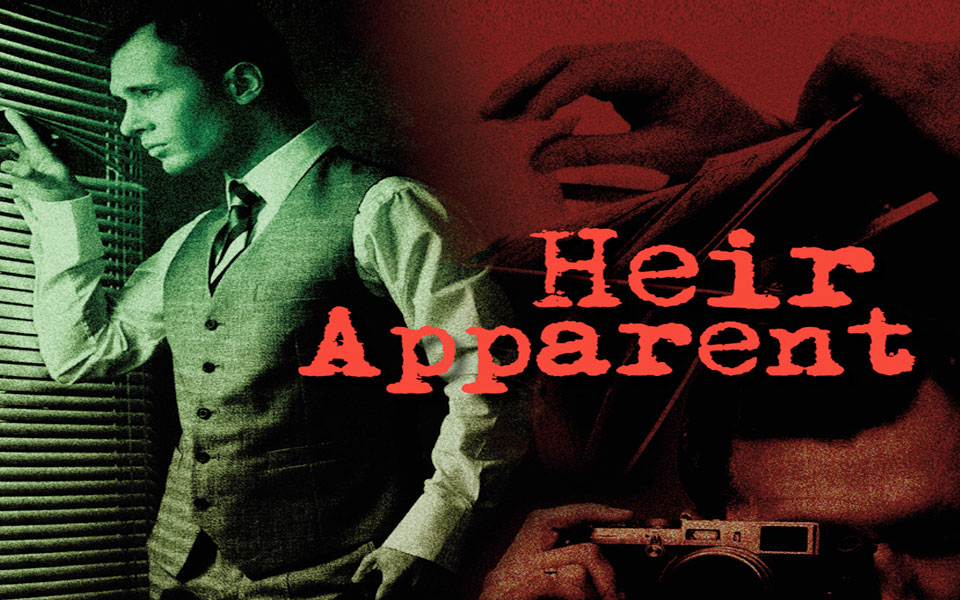 After losing his parents, Linc Merritt is raised by his Uncle Clive – Managing Director and Chairman of the Board of the mammoth Merritt Engineering Corporation.  Linc forms an intense dislike for the business, and, after six years as heir apparent to the Merritt throne quits the company  and opens his own business as a photographer.  His assistant is a former fashion model named Lucille Webster.

Just when the business has begun to prosper, Linc is sent for by his Uncle Clive, who informs him that the Merritt Engineering Corporation is in serious trouble due to a leakage of top secret material that has cost the company tens of millions in contracts.  As a favour to his uncle, Linc agrees to return to the company as Executive Vice-President – second in authority only to Clive – but only until such time as he has traced the source of the leak and identified the culprit.  He takes Lucille with him as his personal secretary.

Next to Clive Merritt, and possibly one or two of the directors, the most powerful force in the company is Dinah Hendrix, Clive’s secretary, a beautiful black-eyed bitch, who has a dossier on every employee from the top down – and woe betide those who incur her displeasure.  She surprises Linc by offering him an alliance – an offer he is quick to accept because of her knowledge of the company and everything to do with it.

Everyone of authority in the company, with access to secret material, comes under Linc’s microsope.  One of them has to be the guilty party.  But which?  He narrows the fields of suspects down to a dozen or so – including department heads and board members.

Meanwhile, Clive Merritt recovers from his heart attack and insists on resuming control – to the profound relief of Linc, who, though he fears for his uncle’s health, finds the responsibilities that have been heaped on him too much to cope with.  By this time he suspects that Dinah Hendrix has designs on taking over the company herself – the more so, when, at Clive’s instigation, she is appointed to the board, and by devious means, obtains a large block of shares in the Merritt Corporation.  Despite this, Linc finds himself increasingly attracted to her  – an attraction that she goes out of her way to magnify – much to the horror of Lucille, who does everything possible to keep Linc from her clutches.

When Clive Merritt suffers a fatal heart attack which turns out to be murder, Linc is on his own – torn by the conflicting forces of big business, by the connivings of those who seek to usurp his throne, and the wiles of an elusive industrial spy, who may well be his uncle’s murderer – ready and waiting to strike again.