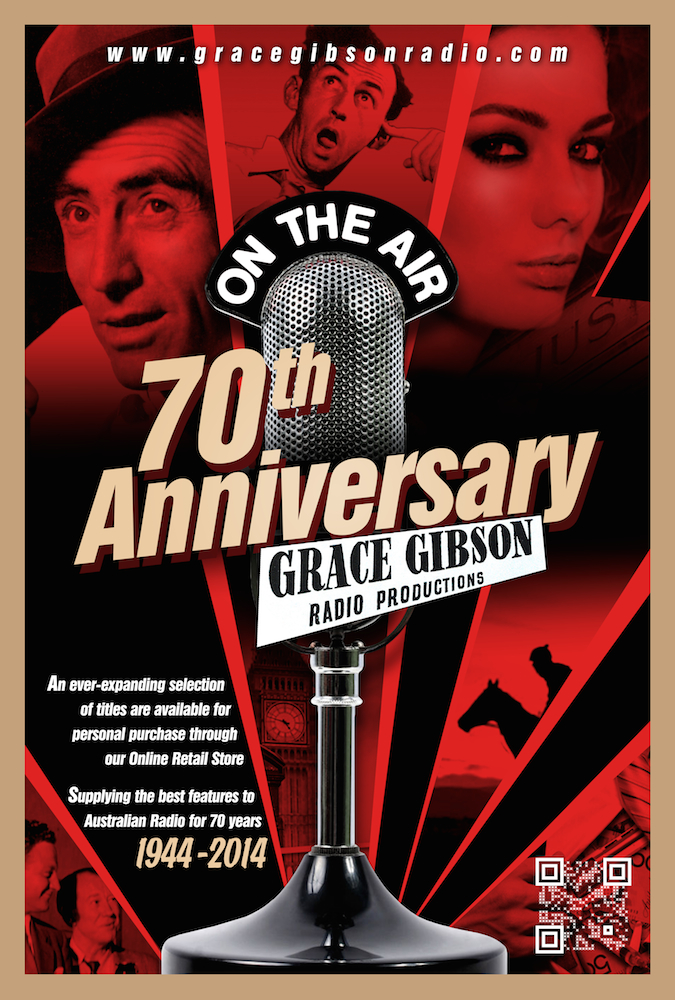 Grace Gibson Productions will shortly celebrate its 70th anniversary – quite an achievement for a small business!

Grace Gibson opened her door to business in 1944 with just herself and one employee as she prepared to take on the male dominated world of business – and radio. She was American, newly married and it was during the Second World War.

She not only succeeded in Australia, she sold her radio serials around the world – including Africa, the Caribbean, Canada, the US, New Zealand, Fiji and other countries in the Pacific, and also to the United Kingdom.

She ended up by either buying out or taking over representation of her competitor’s programs, as they all gave up in the face of television. She found new business angles whilst still remaining true to her love of radio dramas and serials.

Throughout the early days of the business, through challenges brought by television, through changes of ownership and more, Reg James remained a loyal employee, manager, and caretaker of Grace’s creations. Now 85, Reg is still an active consultant to the business, has an encyclopaedic memory for the details of the business and its production output, and enthusiastically gives talks and interviews on ‘the golden days of radio production’.