CEDAR Cambridge cleans up the mean streets of Australia 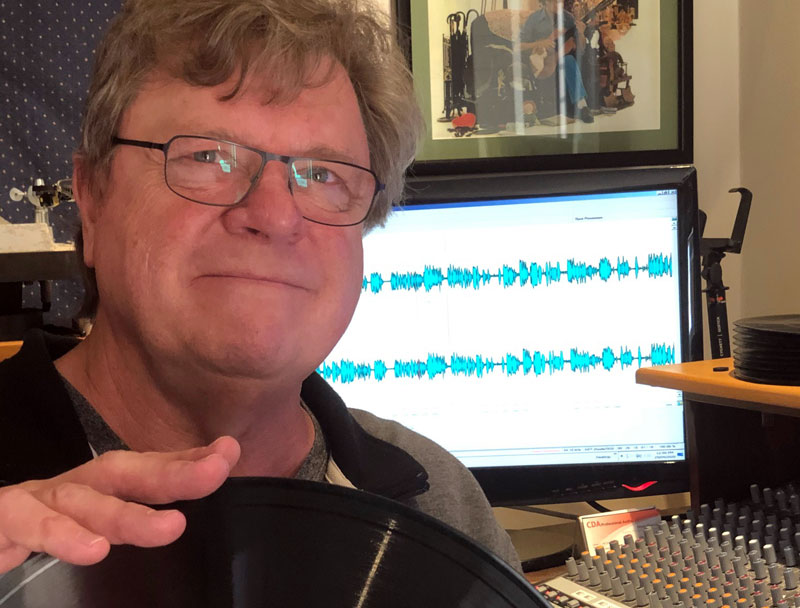 To help people pass the time while isolating themselves to control the COVID-19 outbreak, Grace Gibson Productions in Australia is, for three months, offering radio stations free broadcast rights to their collection of classic half-hour radio serials. All of the episodes have been freshly digitised and processed using a CEDAR Cambridge system to remove clicks, pops and surface noise, making them compelling listening for younger listeners as well as for people who remember them from the first time around.

We spoke to the owner, Bruce Ferrier, who told us, “We were the largest producer of radio soaps and serials in Australia during the Golden Years Of Radio before television became commonplace. As a result, we have a huge library of wonderful radio serials and self-contained stories, some of which have been lying dormant for decades. But when television became the home of drama, commercial radio abandoned Theatre Of The Mind entertainment in favour of the Top 40 and similar content, playing music and not much else. So the dust just kept building up on these wonderful 16″, 12″ and 10″ radio transcription discs sitting on the shelves in our archives.”

“With the advent of digitisation and the compression offered by .mp3 formatting, I realised that we could offer some long-running shows (some exceeding 100 episodes) to the general public on a single CD or download. That’s something like twenty hours of compressed but still VERY listenable audio… except that it wasn’t very listenable at all because of the enormous amount of crackles, pops and other surface noise. It was such a shame!”

“A lot of the damage had occurred because radio transcriptions were shipped from one station to another by mail, coach, or even on trains in a conga-line sort of way. In many instances, the announcers paid the discs very little respect and, after broadcast, they were boxed up and sent to the next station without much care. The result was very BIG crackles, pops and extraneous sounds, making the audio unlistenable for a modern audience that is used to, and expects, excellent sound from every device (except maybe their mobile phones!).”

“Consequently, I had been looking around for some sort of solution to get rid of all this superfluous crackling, noise and rumble. I was aware of a number of software packages that could supposedly achieve this, but every attempt to reduce the clicks and pops using available software had also suppressed a lot of the other important ‘sharp sounds’ such as the clapping of hands, the striking of a match or the gritty intensity of someone walking down a gravel pathway.”

“This was when I once again crossed paths with Rick Dowel. Many years earlier, Rick had been closely associated with my late brother, Pete Ferrier, and had been responsible for crafting the voice booths and studios of Sound Australia in Brisbane. Rick knows audio like few other studio designers, and I was intrigued when he told me that his new company, CDA Pro Audio, was the Australian dealer for CEDAR Audio. So he offered to show a CEDAR system to me. I was mightily impressed and was soon the proud owner of a CEDAR Cambridge system. I was now able to restore our wonderful shows with no clicks, no pops, but with the audio still retaining the crisp, sharp striking of a match as the Private Eye lights up his cigarette or the impact as he punches out a criminal down some shady, gritty back-lane late at night!”

“What I didn’t realise at the time was that when Rick introduced me to CEDAR it would become the single most critical factor in being able to give new life to our library of old radio serials, turning them into living adventures without the noises that used to drive me to distraction. That’s what CEDAR Cambridgedelivers, and why I rely upon it totally to give our audio such clarity and punch in the 2020s. Today, many hundreds of titles have been processed, and it’s the most important ‘silent partner’ in the rebirth of these great radio plays and serials.”

To help people in home isolation to cope during the current pandemic, a number of Grace Gibson’s half-hour radio serials are being offered to Australian radio stations for broadcast free of charge in return for a few plugs and commercials for their online retail site at GraceGibsonRadio.com. They include Address Unknown, Night Beat, Starlight Theatre and The Clock, the espionage story Hunt The Man Down, courtroom dramas including For The Defence and Verdict, as well as the sinister Shadow of Fate and The Uninvited.

We would like to thank Bruce for his insights and kind words.