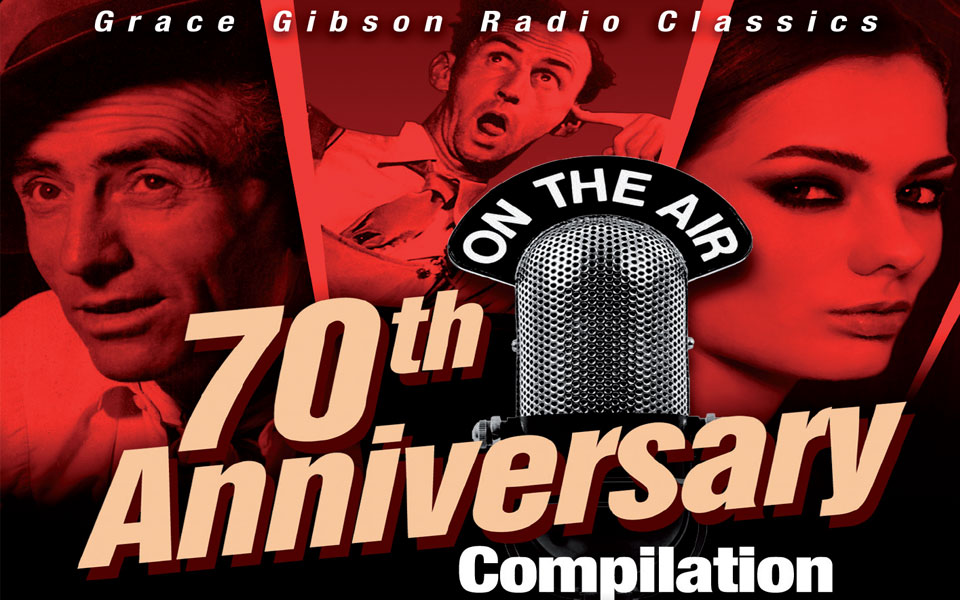 In the same way that radio stations mark their anniversary on the first day they went to air, Grace Gibson Productions is celebrating its 70th birthday today, being the date that Miss Gibson’s first production aired on Australian radio.

The show was called ‘Here Are The Facts’ and it aired on Sydney’s 2CH on 24th November 1944, to be followed in the new year by ’The Drama Of Medicine’. From there, she turned Grace Gibson Productions into the largest serial producer in Australia. At its peak, the company was churning out 65  ‘quarter hour’ episodes a week.

A Texan by birth, Grace Gibson set up her own production company a decade after being brought to Australia by 2GB Macquarie to introduce radio serials onto the Australian airwaves, heading up ARTRANSA (American Radio Transcription Agencies of Australia): it became a 6 month secondment that lasted a lifetime.

Bruce Ferrier, today’s head of Grace Gibson Productions paid tribute to her phenomenal drive and dedication. “Being paid £40 a week in 1934 (when the average male wage would have been about £5), she smashed through the ‘glass ceiling’ of radio before one even existed”, he remarked. “To then go on and set up a production company in her own right was a brave move at the height of the Second World War”.

Ferrier also paid tribute to Reg James who started with Grace as an office boy in 1946 and ended up as Sales Manager and later General Manager of the company. “To many people in radio, Reg James WAS Grace Gibson as he was the one who we all dealt with. We’re thrilled that Reg remains our Archives Consultant to this day”, he said.

To celebrate the anniversary, and with Reg’s help Grace Gibson has released three CDs to the general public through their online retail store GraceGibsonRadio.com <http://GraceGibsonRadio.com> : ‘The Grace Gibson 70th Anniversary Compilation’ ‘Drama & Serials’ and ‘Crime & Mystery’. “Like all our retail releases, they are not for broadcast without our prior written permission, as we are still actively syndicating our shows to radio.”

And hot off the presses is a biography co-authored by Reg James and former Gibson serial writer James Aitchison, appropriately titled ‘Yes, Miss Gibson’. It too is available from GraceGibsonRadio.com <http://GraceGibsonRadio.com>