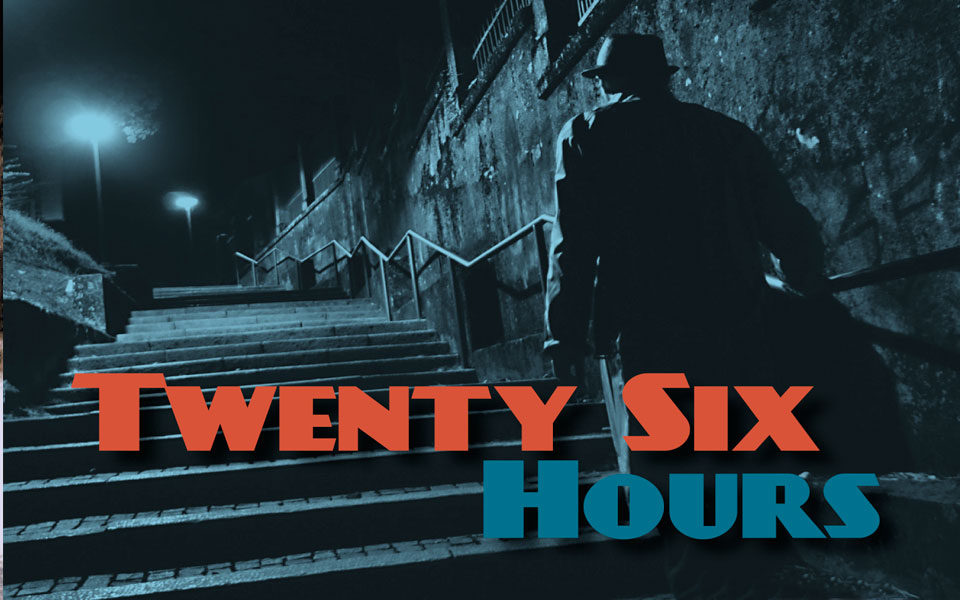 This is the third adventure featuring Major Gregory Keen of MI-5 and follows on from Dossier On Dumetrius and Deadly Nightshade.

In Twenty-six Hours, Major Gregory Keen – together with Sergeant Coutts – travels to Berlin to find and destroy some diaries written by an indiscreet American General which are so inflammatory that, if they were to fall into the wrong hands, could cause another World War.

The diaries fall into the hands of ex-German General, Manfred Von Remer, who decides to sell them to the highest bidder…the United States, Russia or Great Britain.  Von Remer offers them first to the Americans, but will deal only through British Intelligence.

And so…Major Keen of MI-5 is put on the case.  He is to make his first contact through a girl in a Berlin café and it soon becomes obvious to Keen that more than one group is after the diaries.